Spurgeons gave me the chance of a good start in life

Peter Szewcuzk arrived at Spurgeons Children’s Home Birchington Hall in 1958 aged 4, the only child of a Ukrainian mother, and was there until 1966. He shares a few of his memories.

“I was in Mr and Mrs MacPherson’s house, named Waterbeach after the village where Charles Haddon Spurgeon pastored a church. I was head boy for 2 years, and Barbara Partridge was the head girl.

“It was strict; we were up at 6am to do housework and prayed and read our Bibles before breakfast. But we were well looked after. There was always plenty of food and we had regular medical checks.

“We went to church twice on a Sunday and on a Wednesday evening. We were given sweets or chocolate after the Wednesday service – it was the moment we were all waiting for!

“The playroom was where we played table tennis and billiards. There was also a quiet room, although it did have a TV. We also had a cat which we called Paddy because it was born on St. Patrick’s Day.

“Daily life had a sports focus. The Sports Master, Mr Trentfield organised weekly matches of football, tennis and rounders against other schools. In summer, we went swimming in the sea at Epple Bay, Minnis Bay and Westgate Beach and had swimming lessons at a big house belonging to a doctor. 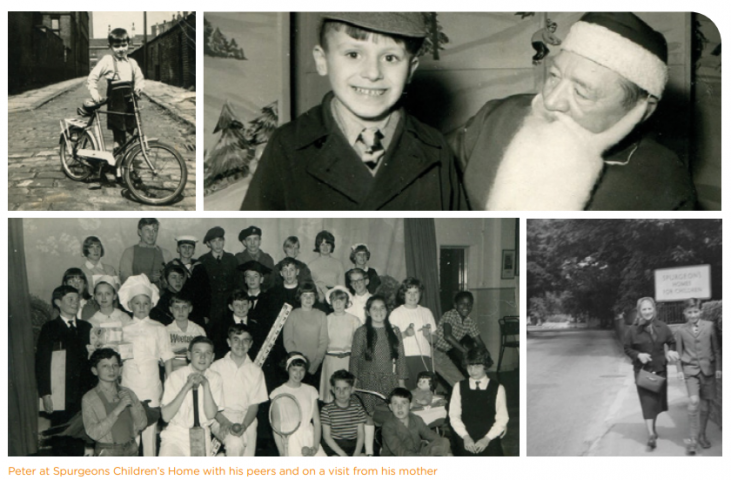 “We would stay with a family one weekend a month so we got to know what family life was like. I stayed with Mr and Mrs Everell – I kept in touch with their daughter after Birchington, and she would invite me over for Christmas dinner.

“Mr MacPherson was in the Red Cross and knew the people at St. John’s Ambulance, so once a week we would go down to the Methodist Church Hall to learn how to bandage people up. We were also taught about bones, arteries and pressure points. We attended parades in our St. John’s uniforms.

“One time, Graham MacPherson bought some crocodile eggs from the reptile shop. We watched them hatch. A month or two later they had grown to 18 inches. They escaped from the tank and ran around the house snapping at us all.

“One day they were taken away and we never saw them again.

“Once a year we would put on a play and have a great big party after. Reginald Dickson played the organ, Miss Carcus taught us to act at her house, she did all the choreography, and Mrs Adderson wrote the scripts and taped the recordings. She knew people at the BBC.

“We had special visit from Bootsie and Smudge, famous comedy actors. I remember them handing out a big box of jelly babies that were in real jelly. On another occasion we were given a huge Easter egg; it was about three feet tall and about three inches thick and we had to use a hammer to break into it.

“The biggest donation was the 1935 Silver Wraith Rolls Royce, in working order, given for us to play in. It may have been gifted by one of the many wealthy locals or famous visitors. “

On our annual visit to Spurgeon’s grave in West Norwood I gave thanks for his compassion towards children in need. I feel very fortunate that Spurgeons gave me a safe, clean and happy place to call home and the chance of a good start in life.”

Old Scholars are those supporters who spent some of their childhood living at Spurgeons Children’s Homes in Birchington and Reigate.
We encourage alumni to keep in touch with us and share their memories.

To read more about our heritage and Charles Haddon Spurgeons, click here.

How do siblings go from playing perfectly to fighting furiously, in a matter of seconds. Not only is the shift quick and pronounced, but children seem to have a built-in timer — they know the exact moment you sit down…
END_OF_DOCUMENT_TOKEN_TO_BE_REPLACED
19 Jan

The average primary school journey is just 1.6 miles. Yet one in four cars on the road during the morning peak are doing the school run. Encouraging children to walk, cycle or scoot can reduce congestion and pollution around the…
END_OF_DOCUMENT_TOKEN_TO_BE_REPLACED
17 Jan

The start of the year is traditionally when a flurry of new clients approach divorce lawyers. It’s thought this occurs because January is the time for ‘fresh starts’, plus the Christmas period can prove stressful. Separation has a huge impact on children.…
END_OF_DOCUMENT_TOKEN_TO_BE_REPLACED
03 Jan

Do you have a passion to make a difference to the lives of disadvantaged children and families? Spurgeons Children’s Charity is seeking a new Trustee and Chair of the Finance Committee (Designate) to join our current Board in bringing prayerful…
END_OF_DOCUMENT_TOKEN_TO_BE_REPLACED