Helping girls and young women at risk to believe for better

According to the Guardian, since 2019 there has been a 94.5% increase in under 18s reporting to have been criminally exploited – and around a third of these are female. In Birmingham, BeLeave helps those girls and young women who are at risk of harm from gangs or Child Criminal Exploitation to protect themselves against risk, find new aspirations and take their lives down a more positive path.

If you met Shonelle* today, you would be hard-pressed to guess that, just two years ago, she was a member of a gang, skipping school and going missing from home.

She had drink problems and more than once had been arrested for vandalism and causing trouble in the local community.

Shonelle’s dad had managed to get her away from the gang, but her family worried that she might too easily gravitate back towards trouble.

Now, she is a confident young woman who works at a Solicitor’s office and hopes to become a lawyer in future. She’s set up her own internet business selling eyelashes and nails and is saving up to buy a house. She’s in a steady relationship, has lots of new friends who are a positive influence, and these days has a good relationship with her mum – who can’t believe how much she has changed.

BeLeave – a powerful catalyst for a change of direction

There are over 100 gangs, organised crime groups and county drug lines operations in Birmingham. Girls are less likely to get stopped by police than boys, so gangs target them for criminal activity.

And girls with poor family relationships, low self-esteem and no expectation of ever achieving anything are easily bribed, for example, to smuggle a gun or a reward of a Gucci handbag.

Shonelle’s story illustrates how BeLeave, the only service in the area working with girls and young women in gangs, in and around Birmingham, can be the catalyst for a dramatic transformation of their prospects.

As one colleague from BeLeave says, ”The girls often aren’t aware that they’re being criminally exploited, so we help them understand the signs and what the risks are. But if you’re going to tell them they can’t do what they’ve been doing, you have to give them a positive alternative.

”So we help them develop self-confidence, resilience, aspirations for the future, and steps to achieve those aspirations. We do this through a combination of one-to-ones, family sessions and group activities.”

It’s not just what BeLeave does – it’s how

BeLeave has four main elements which contribute to the project’s effectiveness.

”Firstly, every girl gets the same keyworker throughout their involvement with us. It helps the girls to develop trust in us which in turn means we’re better able to help them, and they’re more likely to take on board our suggestions. One of the girls recalls her keyworker saying ‘If you put a good orange in with bad oranges, it goes bad too’. That one small phrase made her think that if she made poor choices, she could end up a bad orange too. It was the incentive she needed to spur her on to change.

”We also involve the girls and young women in co-production – they get to influence and even deliver certain elements of the project, such as events and the website. It gives them ownership so they’re more likely to engage with other aspects of the project, helps build their self-confidence and helps build relationships too.

”And BeLeave, as a learning project, is able to change the work and exchange learning with other organisations to improve outcomes for the girls we work with. When it started, BeLeave was a fixed 12-week course. But now, if young women want to stay in touch with us for longer, they can. It gives them some stability, a framework. And it’s also valuable to us – we hope that, in future, BeLeave graduates can help peer support some of the newer girls.

”Finally, we’ve developed close links with, and involve, other services. If, for example, a young women goes missing, BeLeave can rapidly mobilise key professionals (such as social services and those focused on mental health, drugs, child sexual exploitation and missing people) to work together to find and protect her.”

Pushing forward through the pandemic

In spite f the challenges of recent months, the team have continued to innovate and adapt. Marie Dunne, one of BeLeave’s keyworkers, says, ”Because we can’t meet up with the girls at the moment, we’ve developed an online idea called ‘Stop and Chat’ – it’s a bit less formal than the face-to-face group discussions we’d normally have. At Christmas, for example, we all wore festive jumpers and enjoyed some discussions about Christmas. But after the fun, the girls were ready to move on to more serious topics.

Another colleague says, ”There have been new opportunities too. Referrals so far have tended to be from the police, social workers and more recently schools. We wanted to broaden that professional referral network. During the pandemic using digital technology, we’ve been able to train 24 professionals from new groups – the NHS, fostering agencies, job centres – in how to identify girls at risk and refer them to us. There’s been a real interest and enthusiasm, so we’ll continue and extend this training.

”And we’re currently piloting a campaign to encourage the wider community to refer girls and young women to BeLeave. This kind of approach has been very successful in South Africa, where there aren’t any professional referrals. So with the help of local banks, supermarkets, restaurants and newsagents, we’re displaying posters across 11 disadvantaged areas of Birmingham. We’ll be reviewing this in the spring and, if it’s successful, we hope to roll it out more widely.”

To learn more about the BeLeave project or to make a referral, click here. 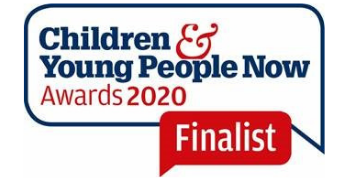 How do siblings go from playing perfectly to fighting furiously, in a matter of seconds. Not only is the shift quick and pronounced, but children seem to have a built-in timer — they know the exact moment you sit down…
END_OF_DOCUMENT_TOKEN_TO_BE_REPLACED
19 Jan

The average primary school journey is just 1.6 miles. Yet one in four cars on the road during the morning peak are doing the school run. Encouraging children to walk, cycle or scoot can reduce congestion and pollution around the…
END_OF_DOCUMENT_TOKEN_TO_BE_REPLACED
17 Jan

The start of the year is traditionally when a flurry of new clients approach divorce lawyers. It’s thought this occurs because January is the time for ‘fresh starts’, plus the Christmas period can prove stressful. Separation has a huge impact on children.…
END_OF_DOCUMENT_TOKEN_TO_BE_REPLACED
03 Jan

Do you have a passion to make a difference to the lives of disadvantaged children and families? Spurgeons Children’s Charity is seeking a new Trustee and Chair of the Finance Committee (Designate) to join our current Board in bringing prayerful…
END_OF_DOCUMENT_TOKEN_TO_BE_REPLACED